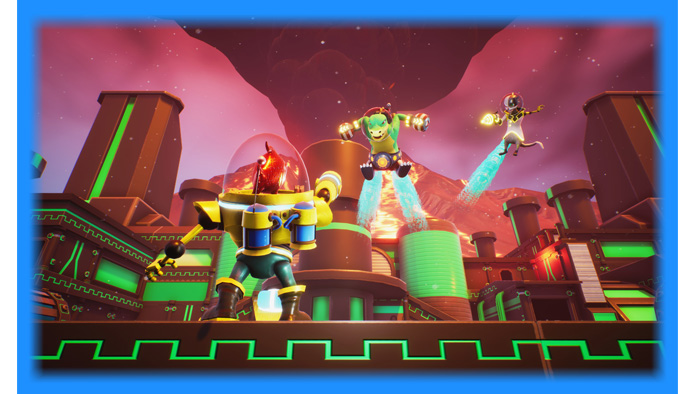 The Otterman Empire is an intense quick-fire party shooter for one to four players. Working as a team, you must gear up, strap on your jetpack and stop the evil Tiko in his tracks, an otter who just doesn’t give a dam! Jet off across the galaxy and stop his experiments from causing havoc in otterspace!

Note – To sign up for the Otterman Empire Beta demo, join the official Discord channel and fill out the sign up form in the #the-otterman-empire-demo channel (under the Demos and Teams tab).

This site uses Akismet to reduce spam. Learn how your comment data is processed.

This website uses cookies to improve your experience. We'll assume you're ok with this, but you can opt-out if you wish. Accept Read More