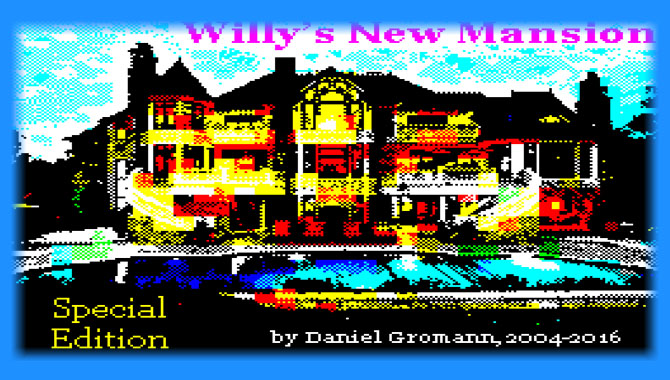 Way back in the early 80’s Matthew Smith released Jet Set Willy, the sequel to Manic Miner for the ZX Spectrum and ported to most other home computers by the publisher Software Projects. Playing as Jet Set Willy in a flip-screen platform game you needed to move from room to room in his mansion collecting objects from a previous party otherwise Maria the house keeper wouldn’t let you back in to.